Research
You are Located at
Home Research
Research
Research
A PKU Study Reveals Single and Combined Toxicity of Micro(nano)plastics and Azithromycin to the Photosynthetic Carbon Fixation of Cyanobacteria
published date:2023-01-05

Micro(nano)plastics (MNPs) and antibiotics are ubiquitous in aquatic environments and seriously threaten the health of ecosystems. Cyanobacteria are important primary producers in aquatic environments and play important roles in regulating global carbon and oxygen fluxes. The knowledge on the combined toxicity of MNPs and antibiotics to cyanobacteria has so far been limited. 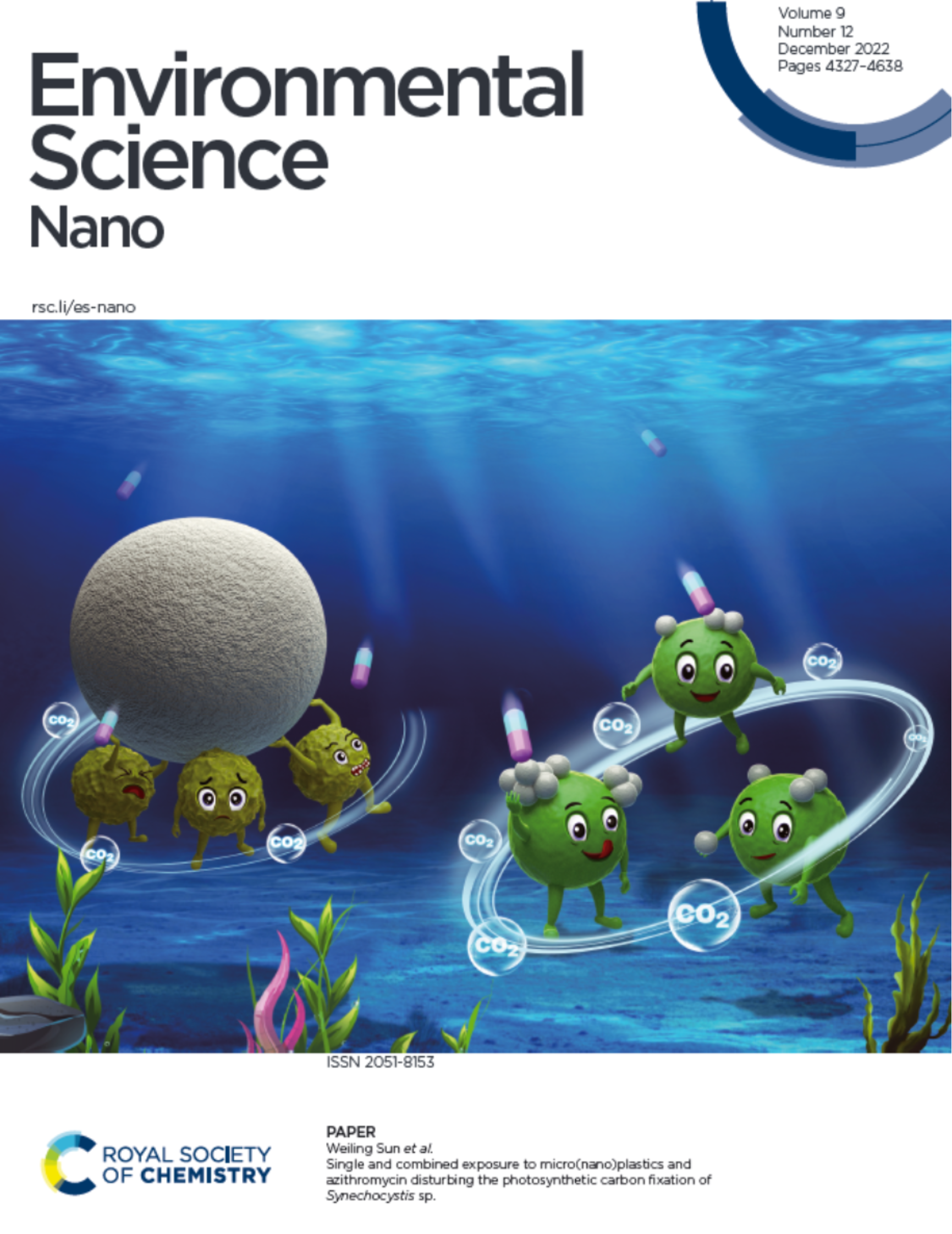 The study has been recently published in the Environmental Science-Nano as a title of “Single and combined exposure to micro (nano) plastics and azithromycin disturbing the photosynthetic carbon fixation of Synechocystis sp.”, and selected as the front cover (https://doi.org/10.1039/D2EN00204C). The first author of the paper is Xiuqi You, a doctoral student in the College of Environmental Sciences and Engineering, Peking University. Prof. Weiling Sun is the corresponding author. This project is mainly supported by the National Natural Science Foundation of China (No. 51925901 and 51879001).