Accumulating evidence suggests that individuals with glucose metabolism disorders are susceptible to mortality associated with fine particles. However, the mechanisms remain largely unknown.

We examined whether particle-associated respiratory inflammation differed between individuals with prediabetes and healthy control participants.

Based on a panel study [A prospective Study COmparing the cardiometabolic and respiratory effects of air Pollution Exposure on healthy and prediabetic individuals (SCOPE)] conducted in Beijing between August 2013 and February 2015, fractional exhaled nitric oxide (FeNO) was measured from 112 participants at two to seven visits to indicate respiratory inflammation. Particulate pollutants—including particulate matter with an aerodynamic diameter of ≤2.5μm (PM2.5), black carbon (BC), ultrafine particles (UFPs), and accumulated-mode particles—were monitored continuously at a single central monitoring site. Linear mixed-effects models were used to estimate associations between ln-FeNO with pollutant concentrations at individual 1-h lags (up to 24 h) and with average concentrations at 8 and 24 h before the clinical visit. We evaluated glucose metabolism disorders as a potential modifier by comparing associations between participants with high vs. low average fasting blood glucose (FBG) and homeostasis model assessment insulin resistance (HOMA-IR) levels.

FeNO was positively associated with all pollutants, with the strongest associations for an interquartile range increase in 1-h lagged exposures (ranging from 21.3% for PM2.5 to 74.7% for BC). Associations differed significantly according to average HOMA-IR values when lagged 6–18 h for PM2.5, 15–19 h for BC, and 6–15 h for UFPs, with positive associations among those with HOMA-IR≥1.6 while associations were closer to the null or inverse among those with HOMA-IR<1.6. Associations between PM2.5 and FeNO were consistently higher among individuals with average FBG≥6.1 mmol/L vs. low FBG, with significant differences for multiple hourly lags. 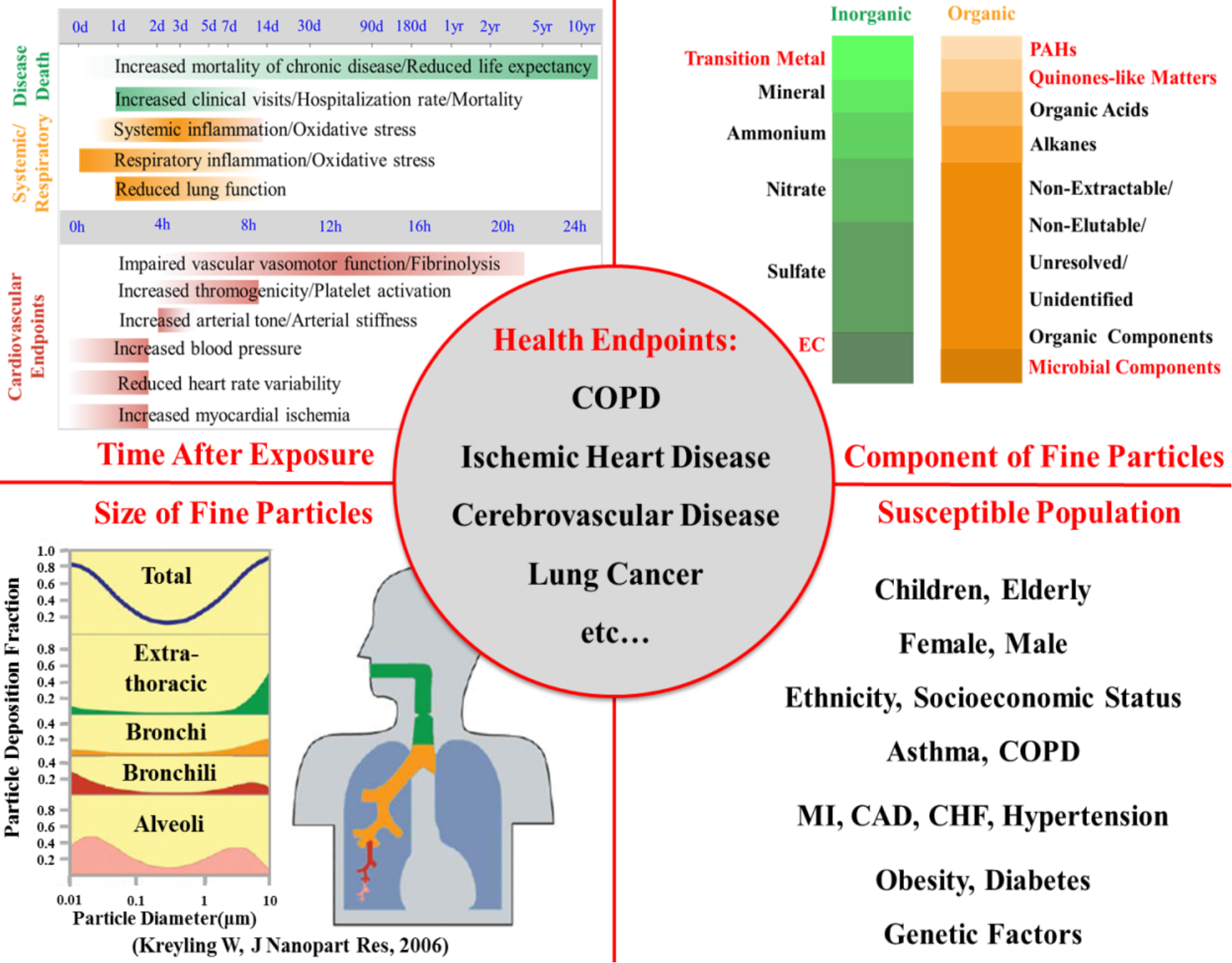